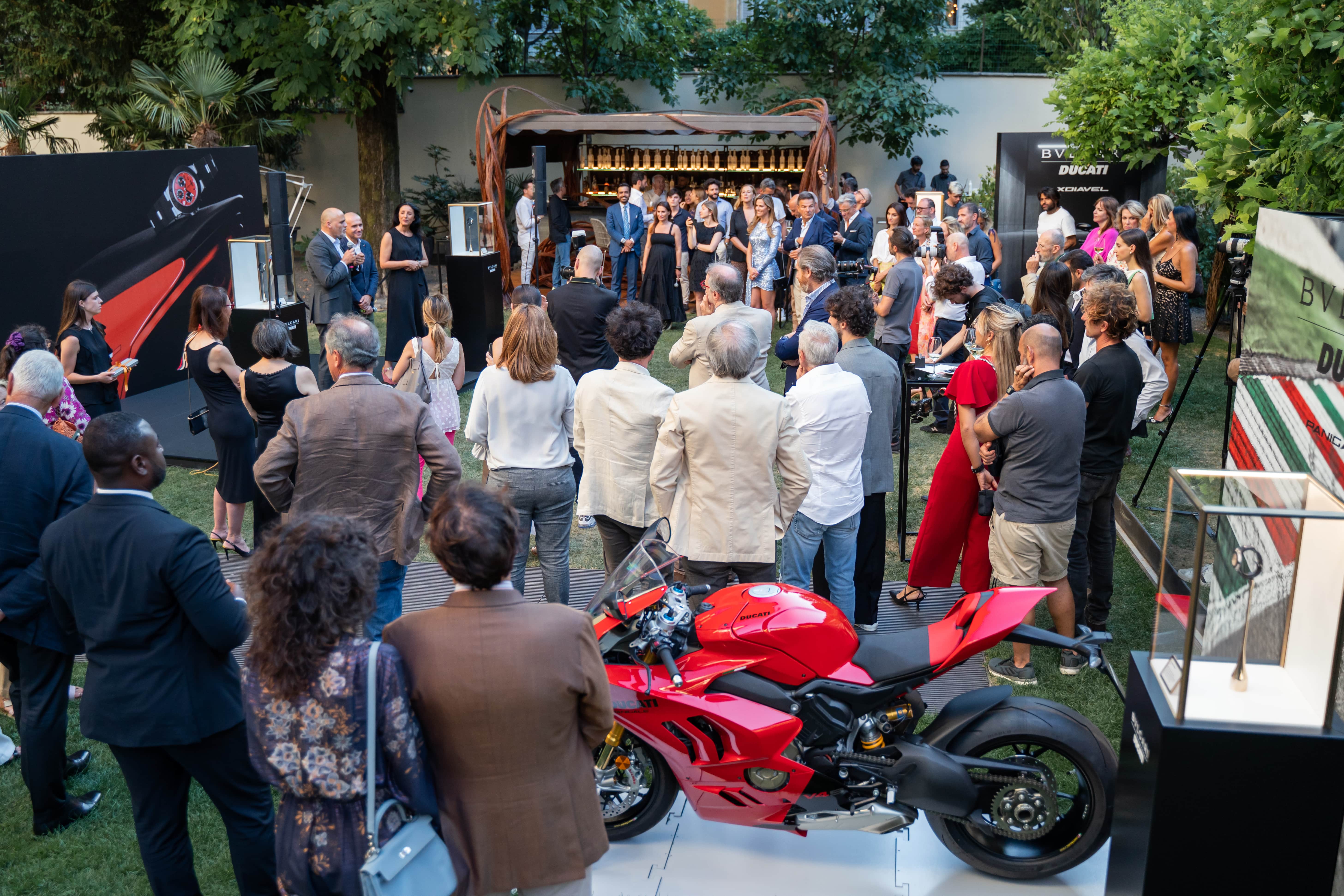 Posted at 15:45h in EVENTI, PR/EVENTI by Francesco

Opinion Leader was chosen by Ducati to involve VIPs, journalists and influencers on the occasion of the presentation of the “Bulgari Aluminium Chronograph Ducati Special Edition”: the chronograph born from the synergy between the Borgo Panigale manufacturer and Bulgari.

On Thursday 7 July 2022, an exclusive event was held in Milan to celebrate a special synergy.  Ducati and Bulgari, symbols of Italian excellence in the world, presented the new elegant sports watch: the Bulgari Aluminium Chronograph Ducati Special Edition. The setting of the evening was the evocative location of the gardens of the Bulgari Hotel.

Opinion Leader is used to creating and living glamorous moments and offers a consolidated know-how both in the motoring field and in the fashion world. Moreover, when the sectors are contaminated, as in this case, the hybrid agency puts in place its peculiar transversality, matured in 35 years of history, to share unprecedented emotions. Ducati has thus commissioned Opinion Leader to select the prestigious parterre of the evening. The goal? Involve a range of VIPs, journalists and influencers. The guests were able to appreciate the exceptional chronograph, but also the iconic Ducati motorcycles positioned in the luxurious garden of the Bulgari Hotel.

The guest star from MotoGP

Guest star of the evening was Pecco Bagnaia, official rider of the Ducati Lenovo Team in MotoGP. The Turin centaur received one of the 1,000 specimens of the Bulgari Aluminium Chronograph Ducati Special Edition. Bagnaia has therefore catalyzed the attention of the audience, which, with its interest and enthusiasm, has sealed the immersion of the House of Borgo Panigale in the capital of fashion.

“From engines to fashion: a mission for Opinion Leader”