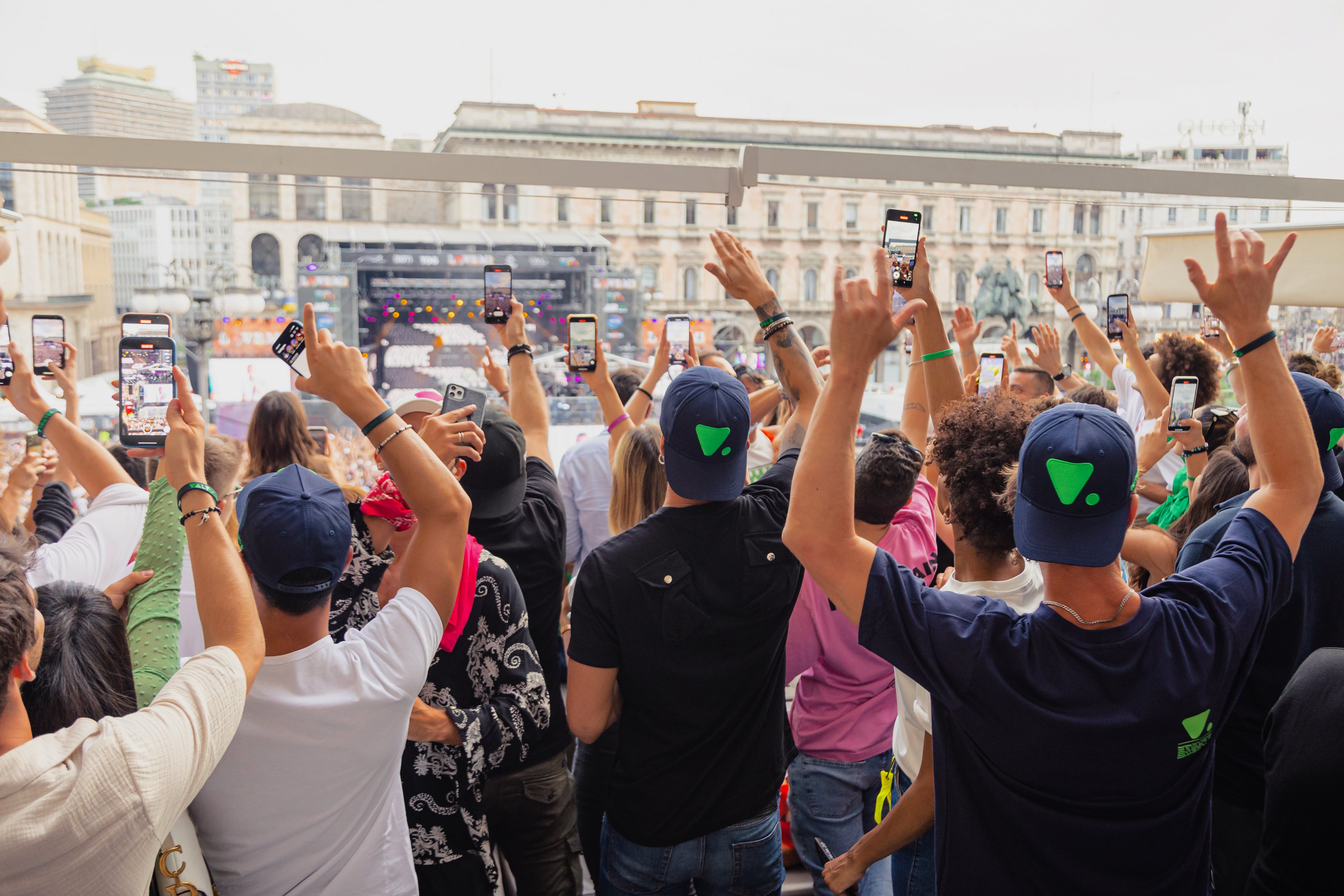 Posted at 14:30h in EVENTI, PR/EVENTI by Francesco

Opinion Leader coordinated the party-event for the launch of the SS23 collection of the Valvola clothing brand. The ‘LOVE MI’ concert by Fedez and J-AX catalyzed the evening, involving journalists, VIPs and influencers in an exclusive location: ‘Terrazza Duomo 21’.

There is the unmistakable direction of Opinion Leader behind the party-event organized to present a preview of the SS23 collection by Valvola. The Pesaro clothing brand has relied on the hybrid agency to look out over the fashion capital in the most dynamic and engaging way. For Opinion Leader it was natural to bring Valvola to the top of one of the most fascinating terraces of the city, for an evening defined as unforgettable by all those present.

‘Valvola Music Night‘ was staged on Tuesday 28 June 2022 starting at 5.30 pm. The open-air stage identified by Opinion Leader was that of ‘Terrazza Duomo 21‘: an exclusive location, but at the same time projected onto the square. A choice therefore in tune with Valvola’s mantra: “To be of everyone and for everyone“. The fashion brand is widespread in Italy in about 180 stores. Valvola’s clothes, 100% Made in Italy, are also found in France, Japan and Spain.

The event within the event

Opinion Leader, always connected with the reality that surrounds it and ready to exploit every opportunity in favor of customers, has chosen the date of June 28 to play a ‘wildcard‘: the mega concert ‘LOVE MI‘, organized by Fedez in Piazza Duomo, simultaneously with the ‘Valvola Music Night’. At the foot of the terrace performed performers of the caliber of J-AX, Ghali, Mara Sattei, MyDrama, Tananai, Dargen D’Amico, Rkomi, Beba, Rhove, and Shiva, as well as Fedez himself, multiplying and prolonging the enthusiasm of the party-event.

The baptism of the SS23 collection saw the participation of journalists, VIPs and influencers invited by the co-founder of Valvola, Christian Ricciarini, and by Opinion Leader, which boasts a ‘family’ of prominent personalities cultivated in 35 years of history. Marco Melandri, Myrea Stabile, ‘il Musazzi’, Federico Carli (aka ‘Carletto’), Alessandro Magni, Fabio De Vivo, Anselmo Prestini, Roberto Ferrari, Roger, Dj Marietto, Marco Comollo and fashion entrepreneur Matteo Cambi, are just some of the names of the ‘Valvola Music Night’. To captain the exceptional parterre, the former swimmer Filippo Magnini, Brand Ambassador of Valvola, accompanied by his wife Giorgia Palmas.

Opinion Leader did not limit itself to involving the prestigious guests of the ‘Valvola Music Night’. The agency wanted to convey the energy of the event also to all the customers of ‘Terrazza Duomo 21’. The purpose is twofold: to ‘enlarge’ the presentation of the Valvola garments and share the emotions of the evening. It is no coincidence that for 35 years Opinion Leader has been synonymous with #SharingEmotions.

“From engines to fashion: a mission for Opinion Leader”

“Columbia discovers the heat of gold!”