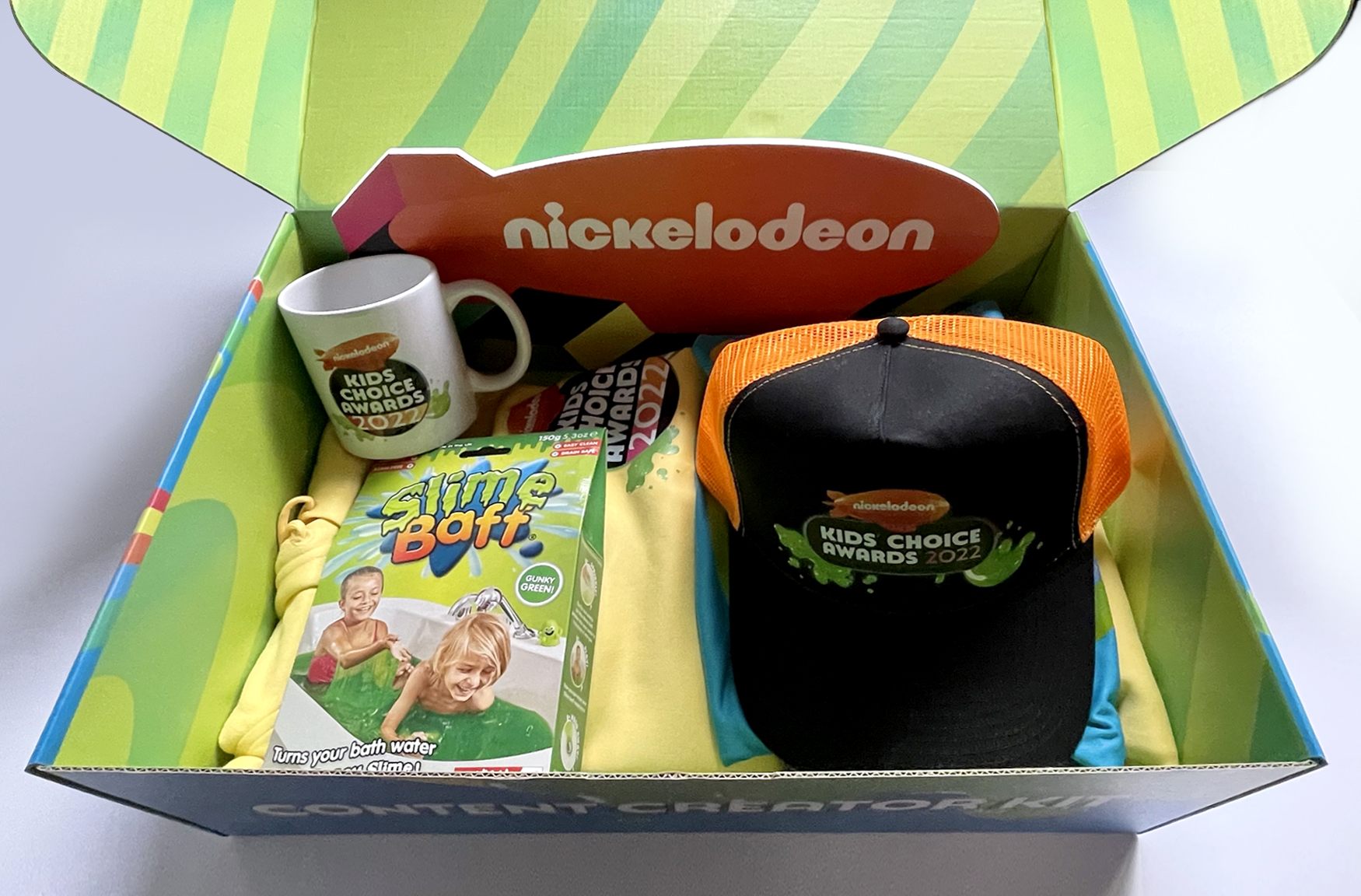 04 May THE ENTHUSIASM OF A GREAT SHOW, IN AN EXCLUSIVE GIFT BOX

Posted at 14:28h in UFFICIO STAMPA by Francesco

Opinion Leader has signed the ‘KCA Gift Box’ with the official outfit of KCA 2022, the great TV show of Nickelodeon, Paramount’s entertainment brand dedicated to children and teenagers.

On the occasion of the ‘Kids’ Choice Awards‘ 2022, Opinion Leader has created a special box full of gifts: the ‘KCA Gift Box‘. Selected Italian influencers have received the surprise to better follow the great TV event broadcast in Italy on Sky On Demand, but also on Nickelodeon and Super!, both Paramount entertainment brands dedicated to children and teenagers, and both Opinion Leader customers since 2011.

‘Kids’ Choice Awards’ is a show that since 1988 has been rewarding the best personalities of the year in television, film and music. The jury is made up of young Nickelodeon viewers. The 2022 edition of the ‘Kids’ Choice Awards’ was attended by stars such as Samuel L. Jackson, Charli D’Amelio, Sofia Vergara and Jill Biden, the ‘first lady’ of the United States of America.

The hybrid agency, also specialized in packaging exclusive tailor-made gift boxes (click link), has enclosed all the energy of the event in a surprising box. Inside, the lucky recipients found the official  KCA 2022 outfit: a sweatshirt, a t-shirt, a cap and a cup, each personalized with the show’s logo by The Opinion Leader creative team.

The ‘KCA Gift Box’ contained 2 additional exclusive gifts: an orange airship and a pack of green ‘Slime‘ produced by the English company Zimpli Kids. Because? The agency was inspired by the script of the ‘Kids’ Choice Awards’ to fill the box. Every year, in fact, the winners of the event are honored with the ‘KCA Blimp‘, an orange airship that also has the function of a kaleidoscope. The show also involves the most beloved stars being covered with liters of sticky green ‘Slime’ from head to toe.