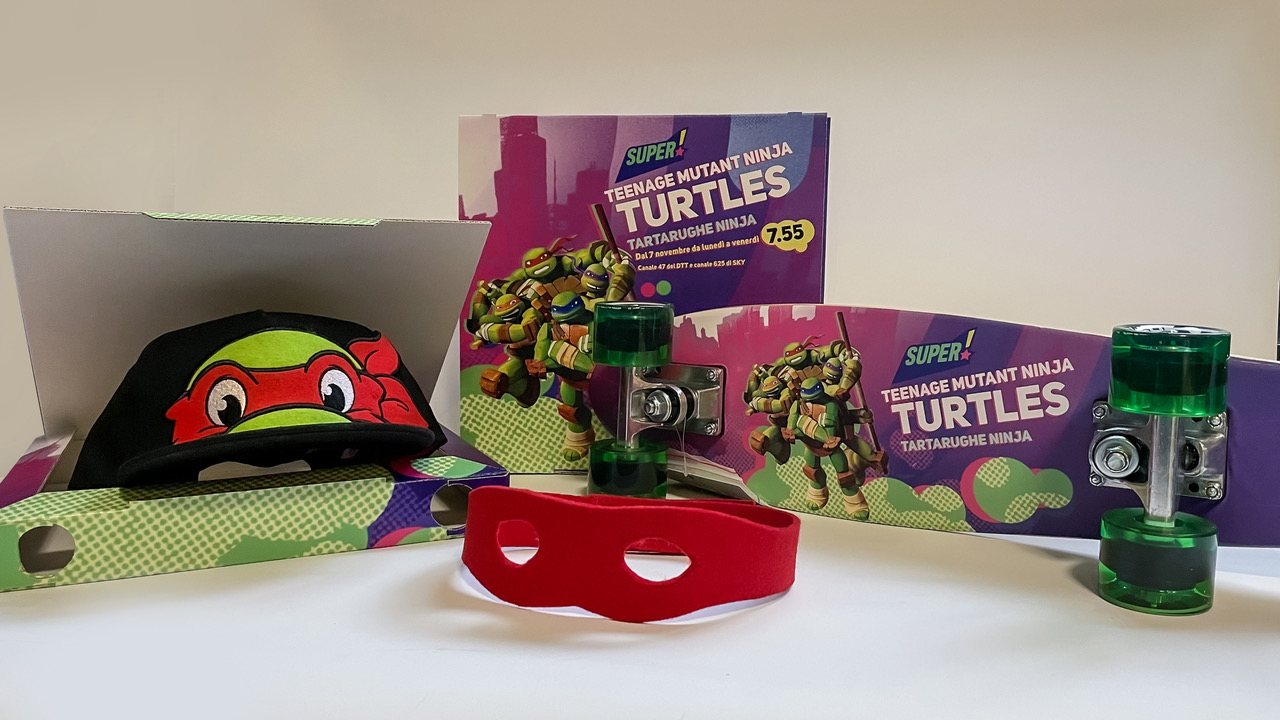 Opinion Leader oversaw the launch of the big TV comeback (on Super!) of the hugely popular animated series Ninja Turtles. The agency signed the creativity and activated 2 TikTok social stars, with one goal: to involve the new generations.

December 1987. Opinion Leader celebrates 2 months of life, while in the United States an animated series of unprecedented success makes its debut on TV: the Teenage Mutant Ninja Turtles. 35 years later, the paths of Donatello, Leonardo, Michelangelo and Raffaello “cross” again with those of the hybrid agency. In fact, on November 7, 2022 the 4 turtles returned to TV on Super! and Opinion Leader supported the big event through a special digital activity.

Super! is the Brand targeting children and teenagers visible on channel 47 of the dtt, tivusat and on 625 of Sky. The channel is part of Paramount, a leader in the global media and entertainment sector and owner of the Nickelodeon Brand. For the launch of the animated series of ninja turtles (original name: Teenage Mutant Ninja Turtles), Opinion Leader has therefore thought of an “ad hoc” digital activity. The focus? Intercepting the new generations through the social network of the moment: TikTok.

The communication plan signed by Opinion Leader saw the creation of 5 videos starring 2 TikTok social stars with over 50,000 followers: the Damy Twins (alias Adam and Omar Spoleti). The young TikToker twins in their performances danced and “played” with the iconic turtle masks and with some accessories typical of the Ninja Turtles world. To increase attention on the launch of the TV series, the videos were also shared on the official Instagram page of Super! (link here).

The kit by Opinion Leader

In addition to the colored masks worn by the 2 TikTokers, the caps, skateboard and the pizza cartons were also chosen, “customized” and created by the creative staff of Opinion Leader, respectively. The know-how and versatility of the hybrid agency have thus given way to many young followers to prepare to relive on Super! the exciting adventures of Donatello, Leonardo, Michelangelo and Raffaello as in that December 1987. Is not only Opinion Leader looking good after 35 years…

“Super! Valentine’s Day Box, a surprise made in Opinion Leader”

“The enthusiasm of a great show, in an exclusive gift box”